“EpikFAILs.com” reached a milestone this week…. 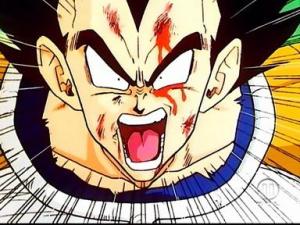 I just wanted to give a shout out to all my friends and family who put up with me and my crazy rants. I also want to thank and acknowledge those who’ve following my efforts thus far. In addition I’d like to assure everyone that more hilarious historical articles are heading your way as rapidly as inhumanely possible (not a typo – I’m a workaholic… when it comes to anything that doesn’t actually make money, apparently).

For those wondering: yes, the book (“A History of Epik Fails”) is still in progress, and I have no intentions on letting up on that front any time soon regardless of how many rejection letters I get, I’ll keep reworking and tweaking the proposal till I land an agent or publisher willing to take the risk. In fact I’m not even worried about if it will happen, because it’s just a matter of when. There’s a lot of complicated variables that I won’t bore you with, but I do know from authors I’ve spoken with it’s all about perseverance, and the willpower to do what is necessary to get the job done. 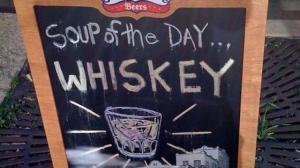 In the meantime however, I’m currently working on an article for Listverse.com, attempting to cobble something coherent together for Cracked.com, writing comic book reviews at (Superherobeach.com), looking out for local publication opportunities, working my way towards my Digital Media degree, slaving away in the wonderful land of retail, keeping my wife happy, occasionally playing video games, and of course researching material for this blog! Stay tuned for THE CRUSADES (an epic four parter), NAPOLEON (finally!), The Golden Age of Piracy, 8 More Wonders of the World, 1001 Arabian Nights, Atomic F#$%-Ups, and in one week: Vlad the Impaler!

Erik Slader is a writer, married college student (FSCJ – digital media major), comic book aficionado, gamer, history buff, Unitarian-Universalist, full-time nerd and part-time retail worker-drone. He’s also the sole creator of, and contributor to: EPiKFAILs.com the humorous history blog that you’ve somehow stumbled upon whilst navigating the tangled labyrinth of the internets. Between work, class, volunteer work, and life, Erik puts most of his free time into various writing projects, including this site, and a book adaptation entitled, “A History of Epik FAILs: From Gilgamesh to Y2K”. He currently resides in Jax Beach, Florida with his wife, and their dog Chewy.

You can e-mail me at: ChemicalX713@gmail.com or find me on Facebook Here!